What's the Right Operating System for You?

It's more than just Mac and Windows

This is for tech-illiterate people.

Again, I don't expect you to even know how to load an operating system. That's okay don't panic. This page will be a catalog for you in finding the perfect system for you. Everyone has different use cases for the computer especially made important after the lockdowns and the increased use of Zoom and such. As much as the obvious choice of Windows or Mac may seem appealing to you. There are other systems with other use cases you may find to be more useful in general. Not only you can try out new systems but also increase your computer knowledge in this digital age.

Here are the different choices you can choose from. Although I'll give you some to pick from, I don't nessesarily reccomend you using some of them, this could vary from a multitude of reasons including the multiple privacy risks, if there is any cost, capbilities and just general use cases. However I'll put everything here so you can compare each of them and come up with your own judgement. Also, this will not include any unsupported or old operating systems.

You can click on each icon to skip to parts of the page as the page is cut up into sections of each operating system. i.e. you click the Windows icon, you'd get Windows 11, Windows 10 and AME

For people being maybe confused of the last two, these are the logos of Chrome and Linux respectively.

Although Mac, Chrome and Linux (with it's different distrbutions) are all based on UNIX. They are different in the average person's eyes and thus will be seperated. However, I won't be bothered to provide complicated distributions to you such as Arch or Gentoo and will be going over the common ones and ones easy to use.

Look, I can tolerate the cheeky OneDrive here and there or the massive persuasion of me to use an online account during the setup. However, Windows 11 brings it a step too far.

It is not worth even considering. Not even for gaming purposes.

Windows 10 AME aims at delivering a stable, non-intrusive yet fully functional build of Windows 10 to anyone, who requires the Windows operating system natively.


As a user of Windows AME for a while (half a year) as my sole daily driver. It works well, does the job and makes me feel safer using Windows. However it is still Windows. They maybe able to ameliorate Windows 10, not Windows 11 as too many spyware intrusive features are in Windows 11. So AME will probably stick around Windows 10 unless some genius figures out a way around Windows 11.

Windows AME is slightly different from Windows 10. Firstly, most of the metro apps such as calculator, calendar, groove music, xbox and such are completely removed. Cortana and Windows Update are completely gone. Since Cortana was removed, the Windows taskbar was non-existant hence Open Shell replaced it. Windows Settings is mostly a blank page for the expection of a couple of options. It's a half functioning Windows with lots of the conveniant spyware features removed. So its functionality may mimic more of Windows 7 than Windows 10.

A privacy concern of note is (as I don't expect you to run the AME script yourself). You may use the AME ISO (system boot file) provided by the developers. This is up to if you trust the developers of the AME project. They could add anything to that file and you'd won't even know it. So, personally. I reccommend this as only a gaming system and not a daily driver.

But for more information, you can check them out here.

As someone who is fairly into computers. Mac systems to me are like how coffee experts think about Starbucks Frappuccinos. If you own a Macbook, you probably go to Starbucks anyway.

Although the new Macs with the M1 processor are really cool and amazing technology even I can't comprehend. The people using these chips would probably be some soundcloud wannabe bedroom popstar that has access to iMovie and some Garageband tricks.

If you are reading this and have a MacOS device, I garruntee you have never clicked open the Terminal unless you are bored.

But in all seriousness and where credit's due. Macs are fine in a sense where they run UNIX. The only problem I have with them is the clamped down ecosystem and the massive amount of Fjällräven backpack wearing hipsters that use it. Such a powerful and overpowered machine in the hands of someone that just uses a browser. It is a pity. However for specific purposes, Macs can be useful in the professional sense such as for professional video editing with Final Cut Pro and other purposes. Thus it really depends on your use case. Though if you want a freer system, this ain't the system for you.

My only advice is use it if you are someone who needs Final Cut Pro or your job requires you to have a Mac. If you currently have a Mac device, then keep reading. I have something good for you later on. 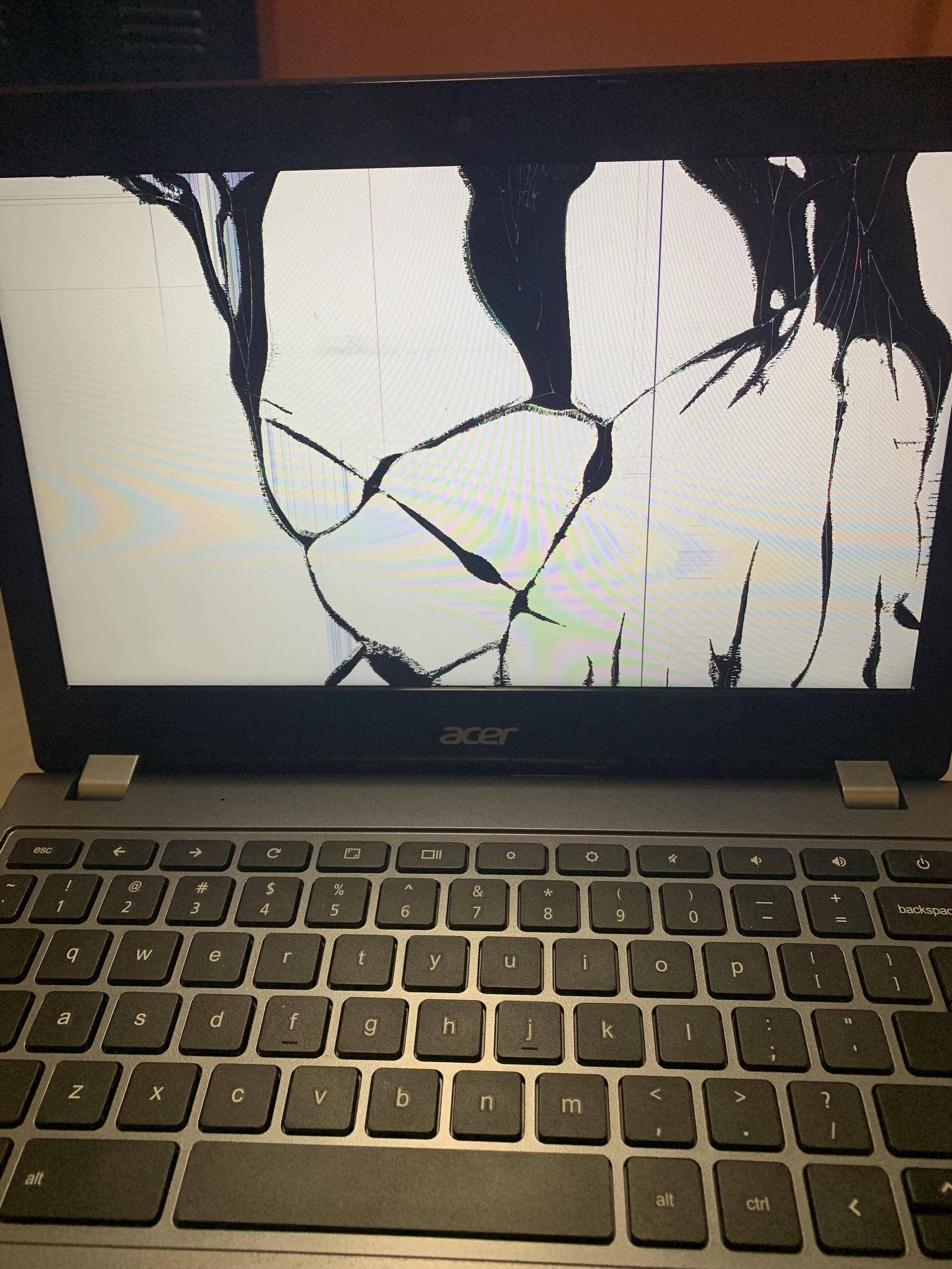 Where do we even begin?

The only impression I had from Chromebook users was when I was doing art. Then someone asked me how to remove the background from an image and the teacher was telling everyone to use Photoshop or Photopea. Asked them what system they used, they replied with "Chromebook" and I immediately sighed in person. Look, God bless their souls. They have no idea what they bought but if it plays YouTube videos it's a computer.

p.s. I told them to just use remove.bg to do the job easy. No hassle.


In all fairness, it works. I mean a toaster works but it can't cook a full meal...

Chromebooks involve lots of false advertising and the entrapping of computer illiterate users to get them familiar with their enclosed G Suite eco-system. So eventually when these people grow up, they'll stick in buying Chromebooks so Google gets more revenue. It's a scummy buisness practice but isn't my problem. That's a whole Google conspiricy in itself.

The point is, it's not worth the metal its running on. ChromeOS is so bad it's even better to go with an iPad or a Samsung Galaxy S3. This is the first time I'm telling you that you'd rather go with an iPad but go with it.

And the kicker is this, ChromeOS is not even just UNIX. But it's also Linux. Meaning you could just load another Linux system and have the full desktop experience (may vary because of hardware limitations). I really do not see the point of Chromebooks as it has less power than a phone but price is on par with the flagships. It is a piece of garbage.

It's worse than Windows. Go for a Windows Netbook if you're really broke then load Windows AME for better preformance

DO NOT EVEN CONSIDER IT. TRUST ME

Ever wondered whenever you were installing something why was there a thing called Linux or a little cute penguin as its symbol. Well that's Linux. the penguin has a name btw, it's called Tux.

Anyway, Linux comes in many forms. It may appear in your phone such as Android or be the system for those McDonalds menu order machines you see. Linux also has a big part of running servers and powers most of the internet. And because Linux can basically work on anything. This applies to computers too. There are many different version of Linux that different people have made. These are called Distributions (often shortened to Distros). So let's go through some of them.

It does take a minor learning curve to use it. So take your time and do not hesitate to search online tutorials on how to install anything and do what you want.

Just a tip: Don't let the terminal discourage you. It's easier as it may seem.

Disclaimer! I am not gonna mention hard operating systems in this guide. As stated before this guide is for tech-illiterate people. So. No Arch, No Manjaro, No Gentoo and No Fedora. 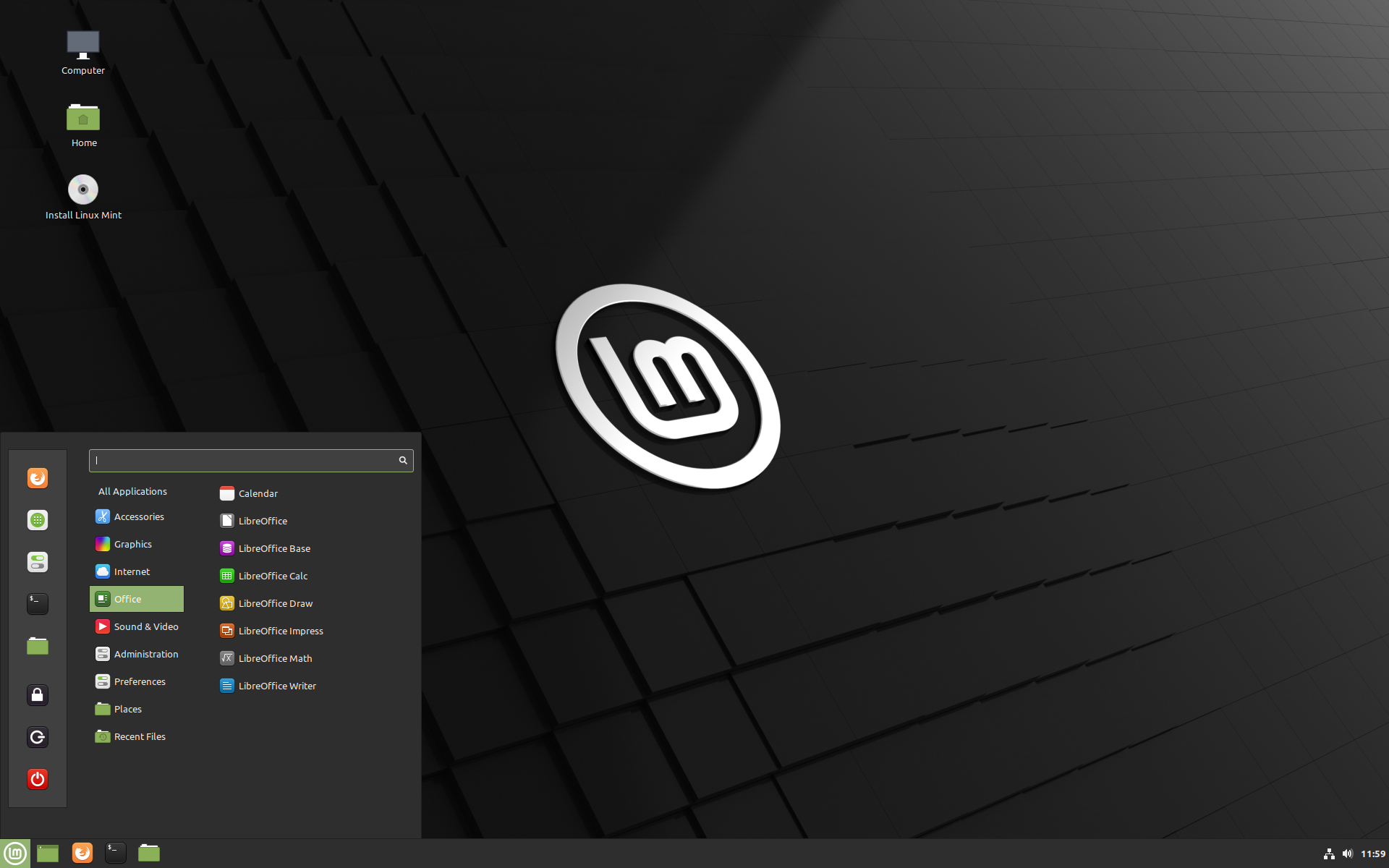 Linux Mint is the best Linux system to start with. Here are a following reasons why:

It's good for people that want something to work out of the box and be simplistic.

There are different desktop layouts. I reccomend to go with Cinnamon. However if you are using an older or less powerful device. You should go for XFCE.

Why did you not mention Ubuntu

Even though Ubuntu is the "gold standard" of Linux in some sort of sense. Ubuntu although the most obvious choice is actually not really good. This is because of it's Snap Store being bad, and even you remove it. It somehow comes back. The snap store... Let's put it bluntly, it bad.

Secondly, they have a feature to send data back to Ubuntu for "improving its services" and has also has partnered with Amazon before to do sketchy stuff. And because you can have Ubuntu with a better desktop envrionment or better features without these annoying features is the reason why it wasn't worth recommending 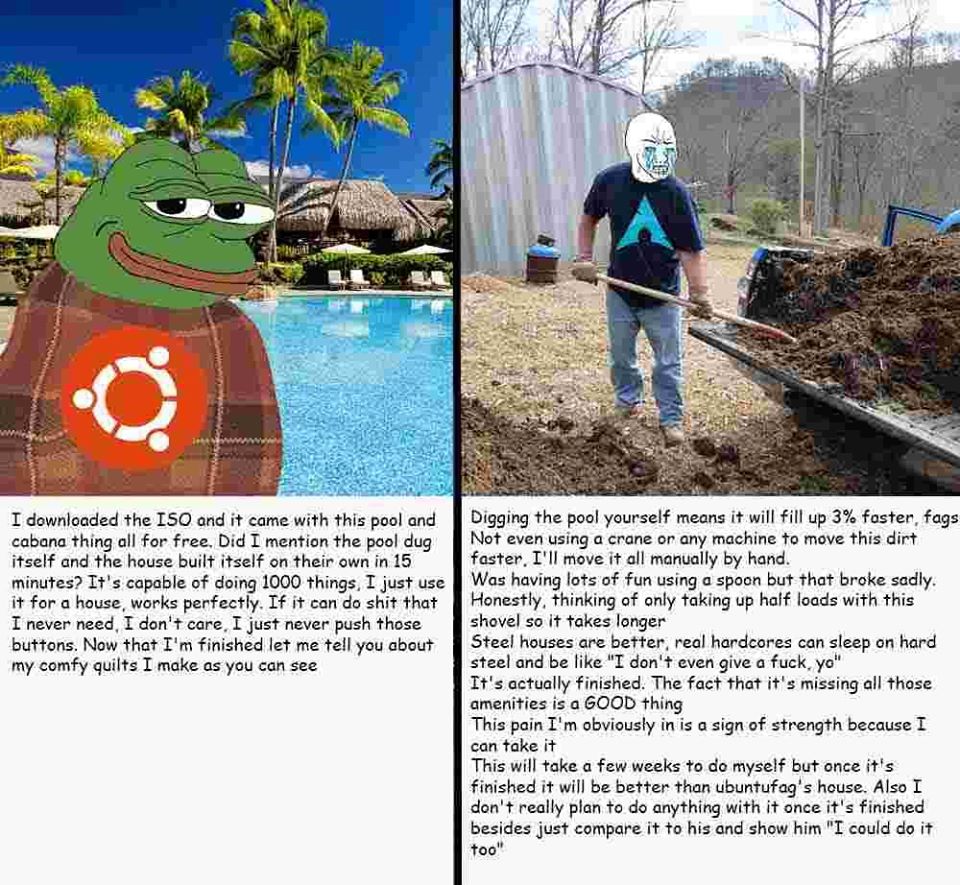 I swear to God. What is wrong with you people.

You are the same people that think its acceptable updating your system then a half of it breaks. So then the devs release a new update to fix the broken parts then the other part of it breaks because of the new update. Stop please, I have a life and I won't use Arch nor reccomend people using Arch.

I along with many others simply do not have the time to dwell in my basement using a spoon to compile half of my system so it can run i3-gaps.

Depending on your use cases you should use different systems and you should come up with your own judgements. But I reccomend people to use Linux Mint for the general use of the computer. It can do pretty much everything except for hardcore gaming and truly gives you control over your system. It's your desktop, you should have control over it.