WHATS UP WITH PEOPLE AND PICREW

What is up with this stuff

First of all, let me give you a bit of insight to my situation.

I am half asian, I don't speak for all (((asians))). But it's always good to see westerners adopting or start to embrace some of our culture. No it's not cultural appropriation, that's just bull promoted by whitewashed non-white people. So to see a small Japanese service being used by non-Japanese people online is very interesting and great to see.

And as the "food-chain" of weeb culture ends up in Hong Kong culture (since japs love us, trust me they go to Stanley), and because whiteys weeb for Japanese culture all the time, I indirectly have a say on this.

Yes, piss on my leg and tell me it's raining but you can't lie. You all wanna be different and be as colourful as the rainbow and diverse.

But literally have the same profile picture over and over again. It's unoriginal and bland. You see somebody with this kind of profile picture, you'll expect their sexual preferences being the entire part of their personality or they're like some major in gender studies or something.

Nothing personal if you have a picrew pfp. But everyone that has a picrew profile picture inherently has a bad personality. 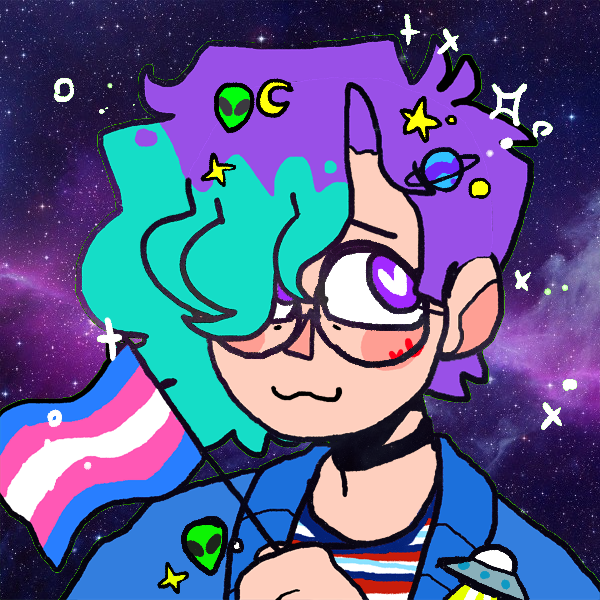 Guys, it's okay. I have a theory why this is happening and hear me out... I don't think it's too far fetched but...

Is that why they're doing this? because in their heads they think that they're cute?

But here is the things that i've gathered:

The NPC type these people usually have is of being either gay, socially awkward, left wing/communist and quirky etc... They listen to cavetown or Bo Burnham yadda yadda yadda... You may even be lucky and score a goth art hoe while you're at it in Picrew Bingo: Ringo: Dingo.

Let's now take a deep dive into why, how and who was the cause of this travesty.

Before you read any further, read the tags on these picrews.

Here is the most generic picture. The default of all of these pictures.

So, this was infact created by some Korean-American called Sangled. She has a YouTube and streaming channel of which posts pictures and streams herself drawing pictures on Paint.NET, honestly very wholesome and she has good drawing skills. Problems arrive however when you remember the American in Korean-American.

Her fanbase as the creator herself are the same people who yap about their sexuality 24/7 like it's interesting. And thus you could see this was bound to happen.

This is her Twitter. Now I normally don't really care about Twitter as I hate it and it's basically brain-rot material. But just remember, every pride flag on there proves my point.

This is a more recent one created by Juguito De Cereza. Not as much history as the last one but it's one of the new popular ones as "Sangled got cancelled by Asexuals" you know. Cancel culture cancelling cancel culture. Lovely infighting.

If you check his/her Instagram you could see more types of these drawings and I think even some gatcha? Weird stuff nonetheless.

Not as popular as the last two, but I've seen some people using it.

Added, I really can't be arsed to do more research into this.

What can you do to stop this?

If you don't have a picrew profile picture

Firstly, if you have a personality. You wouldn't need a picrew avatar maker and just use your own face or own drawing or anything else really in order to show off your colours. So since giving these people self-awareness will just lead them to insult you or say that you're anti-[insert group here]. All you have to do is be one of us, the people who have personalities. Then sit back and laugh at these people. It's as easy as that. And you get fun out of it too.

If you have a picrew profile picture.

Get a life, get yourself out there and be great. Sure, I'm just critiquing your profile picture but that profile picture speaks a lot. It could be a multitude of problems but the main problem is that you lack identity, community and you're tryina find your "true self". And I get that, honestly. But finding your true self involves in finding you and not symbolism or labels that others give or you give to yourself. That's all I'm gonna say for today.